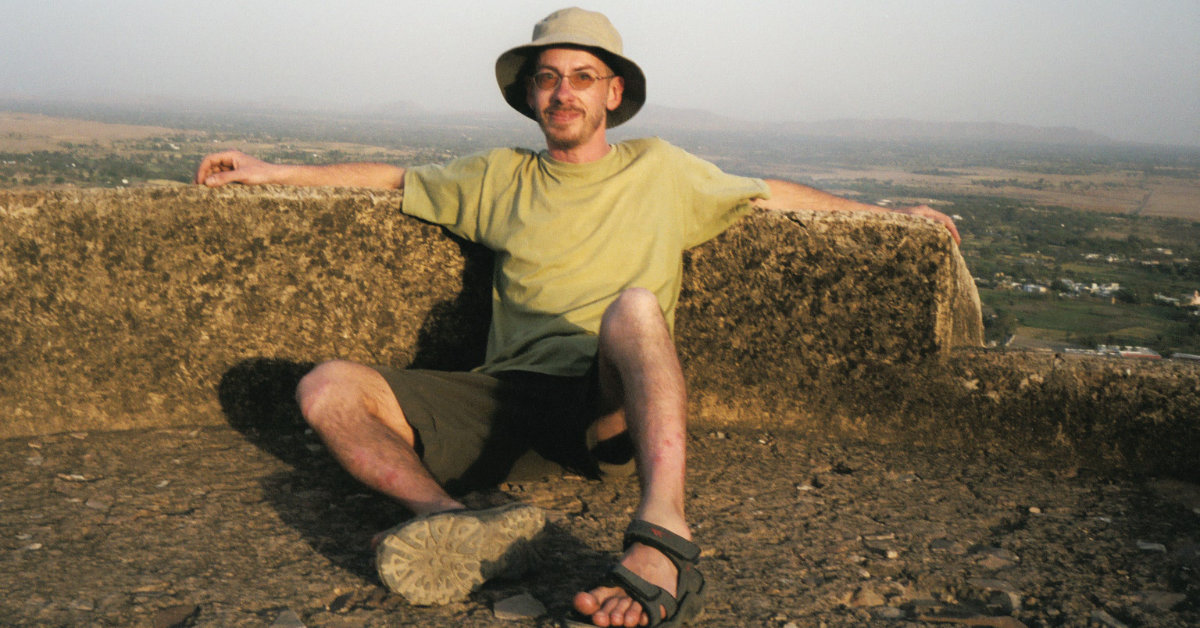 What is The Eye Fund and why does it exist? A personal perspective from Carol Sherry — Simon’s Mum and Chair of The Eye Fund Board.

The reason for The Eye Fund belongs to our much loved, oldest and sadly, late son, Simon. Simon was a unique and totally irreplaceable boy. He had a single-mindedness that would drive a parent to distraction. If Simon was your friend he would be the most loyal person you had known. He had a great affinity for all aspects of nature and for some months he shunned home and comfort and lived in the woods.

Simon was devastated to discover that his only eye (he lost his left eye in a play accident aged eight) had developed retinal cone dystrophy and his sight was becoming very fractured and unstable. Our cousin, Sir Paul McCartney, made sure that Simon had the very best medical care and sent his car to take Simon from Devon to Moorfields Eye Hospital in London. There was to be no fix or treatment for Simon. He was told to go to The Royal National Institute for the Blind. They gave him a white stick and he left with no hope whatsoever. Sir Paul paid for Simon and his brother, Phil, to have a world trip so that Simon could enjoy some of the world’s wonders whilst he could still see.

Simon, who was a graphic designer, became more and more depressed. He spent most of his time indoors at the computer Paul bought for him, creating hundreds of designs, most of which use the eye as a focal point. He couldn’t see a future for himself as the man he used to be, who climbed mountains in the snow, fought other Wu Shu Kwan fighters (Simon was a black belt in this marshal art) and wasn’t dependent on anyone else.

When he allowed us to bring him home to Merseyside and try and get some medical help, Simon weighed less than 7 Stone. He’d given up eating and looking after himself properly. He died shortly after from heart failure and malnutrition at the age of 39.

The family launched The Eye Fund in 2007 in Simon’s memory. We used his graphic designs and Paul McCartney’s experts to have a calendar produced for 2008. Sir Paul wrote:

This calendar celebrates the life of my second cousin Simon… He was an extremely talented guy as this calendar proves and his talents extend beyond art to music, where he was an accomplished bassist and keyboardist.

At an early age he was influenced strongly by Linda and myself and became a committed vegetarian with a great love of nature and all its miraculous creations.

He is sorely missed by all of us who knew and loved him but I for one will never forget his smiling face and all of us in the family will cherish his memory forever.

The sales from the calendar amounted to £2500, a really good start for the charity. In the years since The Eye Fund was created the Sherry Family and a few very good and loyal friends have raised over £61,000, by using Simon’s designs on framed pictures, cards, silk scarves and jewellery. These have been sold at craft fairs and on The Eye Fund web site. There have been quiz nights, race nights, street collections and many other opportunities to raise money including kind people who have signed up to a monthly donation through their bank.

This money is being used to fund counselling at a Wirral hospital, The Wirral Society of the Blind and Partially Sighted, and hopefully soon at St. Paul’s Eye Hospital in Liverpool. At our very first family meeting to decide how best to use funds that were raised the family all felt strongly that individual were to be helped rather than the money going to research. Sir Paul McCartney was wonderful to Simon in many ways. We wanted to be able to use some of the money from our funds to be a “Paul” to people like Simon faced with losing their vision.

To date, we have donated £9000 to Wirral, and the same amount to St. Paul’s, Liverpool. The Eye Fund has been able to provide a computer with a package for the blind to a local lady who was struggling with her studies. She tells us it has changed her life. Various other applications for practical help have also been met.

Mike McCartney, our Patron, plays a very ‘hands on’ roll and is always available to provide support and his presence when we need him. We really believe that if counselling at the point of diagnosis had been available for Simon, things may have been very different for him.

If The Eye Fund can play some part in helping other sufferers like Simon we will have succeeded.

Simon would be proud.